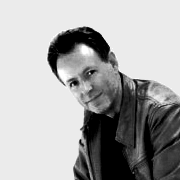 Pete is a serial entrepreneur and inventor. He is co-founder and former CEO of muvee Technologies, a Singapore based venture-backed enterprise with millions of users known globally as pioneer and leader in the automatic video editing product. Muvee has shipped more than 100 million copies of their software worldwide and has bundled sales through HP and others, and embedded their engines into PC software (Sony), smartphones (Nokia) and cameras (Nikon).

Prior to muvee Technologies, Pete was a Senior R&D member at Kent Ridge Digital Labs, Singapore. He was in charge of applied R&D projects, notably the ‘Dynamic Media’ video/audio research project which ultimately evolved into the muvee venture. He led the development of the core IP, acquired and analyzed competitive intelligence to define the key value proposition and competitive advantage, wrote patents and managed team.

Pete is the inventor of 18 patents granted to date and received his PhD in Electronic Music from University of Aberdeen, UK.